In our current economy production and consumption is predominantly organised through privately owned corporations utilising top-down hierarchical decision-making. Instead, in a participatory economy, there are democratic worker councils and consumer councils, and their federations. Councils are institutions in which people have equal rights and come together to discuss, decide and vote.

In a participatory economy all workers are members of a worker council in which each worker has an equal say about how the workplace is organised and run. 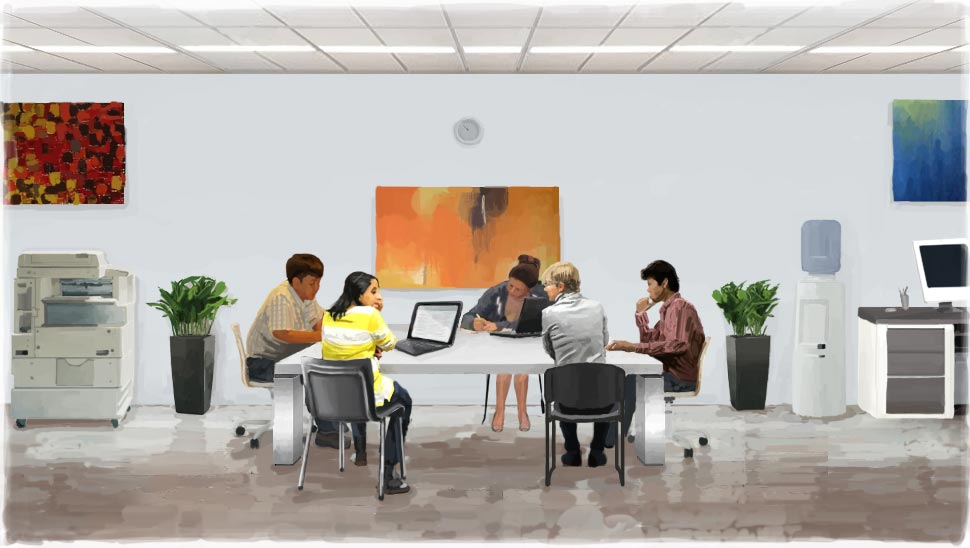 A group of workers in their worker council meeting together to deliberate and make decisions.

The worker council is the highest decision making body in the workplace and is similar to a shareholders’ meeting in our current economy, except that in a participatory economy every worker in a worker council has one vote. The idea is that decisions within workers’ councils follow the norm of self-management, where every worker has decision making say proportional to the degree that they are affected by the outcome of a decision. To further self-management, differing voting procedures could be implemented, for example, by majority, consensus, etc. Also, larger workplaces may choose to create various sub-units that have autonomous decision-making power on issues that are only of concern for them.

Everyone is free to apply for membership to the council of their choice, or apply to form a new worker council with whomever they wish.

Every individual, family, or living unit belongs to a neighbourhood consumer council. In the neighbourhood consumer council, “households” put in requests about what goods and services they wish to consume. Consumption rights are constrained based on members’ incomes. Members of society who are excused from work for reasons such as illness or retirement will already have a consumption allowance as determined by the society as a whole. In addition to consumption rights based on effort ratings from work, consumer councils are free to decide whether some members should be granted extra consumption allowances due to special needs that may arise. 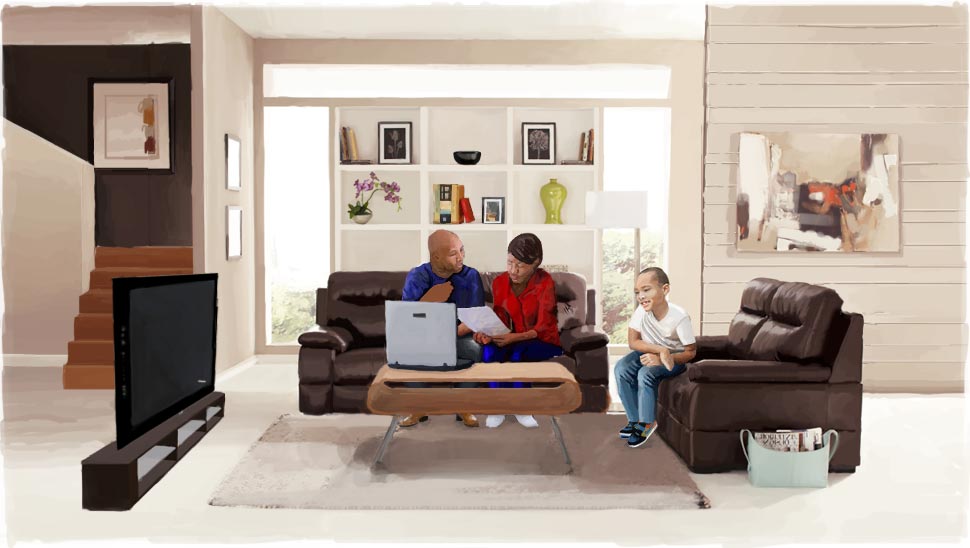 A family who belong to a neighbourhood consumer council discussing changes and priorities in their consumption for the year ahead.

As a safeguard against misconduct, all representatives in federations can be subjected to rotation, recall and instruction by lower level council members.